Head of the group 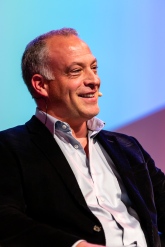 Christian Wüthrich is Associate Professor of Philosophy at the University of Geneva. Christian’s philosophical interests most prominently include foundational issues in physics, particularly in classical general relativity and quantum gravity. Of course, he also gets excited about the implications of philosophy of physics for general philosophy of science and metaphysics. More specifically, he enjoys thinking about issues such as space and time, persistence, laws of nature, determinism, and causation.

Augustin Baas, PhD in Physics and Master in Philosophy. His thesis project in philosophy “The randomness assumption” is supervised by C. Wüthrich (University of Geneva) and A. Barberousse (Paris-Sorbonne).

Joshua Babic is a PhD student supervised by Fabrice Correia. He is a board member of the Swiss Graduate Society for Logic and Philosophy of Science. His interests lie in logic, metaphysics and the philosophy of physics.

Claudio Calosi is an SNF Assistant Professor at the University of Geneva, Department of Philosophy. He is the leader of the SNF-funded project, Metaphysics of Quantum Objects, which will run for 5 years. He works mainly in Analytic Metaphysics and Philosophy of Physics. The core of his research—or so he would say—concerns the application of formal methods (e.g. mereology, topology, dependence, location) to broad philosophical issues such as identity, composition, dependence, and fundamentality. When he is not doing philosophy he is reading, or watching Roger Federer and the Pittsburgh Steelers.

Enrico Cinti is a PhD student at the University of Geneva (supervisor: Christian Wüthrich) and the University of Urbino (supervisor: Vincenzo Fano). He works mainly on the philosophy of physics, with a particular focus on quantum gravity and cosmology. In particular, his PhD project concerns the implications of the firewall paradox and its resolution within the ER=EPR conjecture for our metaphysical picture of the world, in particular with regards to entanglement and emergence. Outside of this, he enjoys thinking about broader topics in metaphysics and philosophy of science, such as space and time, laws, modality, scientific realism, and the relation between mathematics, physics and the world.

Lorenzo Cocco is a PhD student working on Field’s Program for General Relativity under the supervision of Chris Wüthrich (Geneva) and Vincent Lam (Bern).

Saakshi Dulani, is a Fulbright-Swiss Government Excellence Scholar at the University of Geneva. For her PhD dissertation, she aims to precisify the role of information in the foundations of physics, focusing on the Black Hole Information Paradox and the Holographic Principle. In May 2019, she graduated from Columbia University’s Philosophical Foundations of Physics master’s program. Her broader research interests include naturalized metaphysics, epistemology of quantum gravity, theory choice, and values in science.

Stefano Furlan, conducting his Ph.D. studies between the University of Geneva (supervisor: Christian Wüthrich) and the MPIWG in Berlin (co-supervisor: Alexander Blum; “Historical Epistemology of the Final Theory Program”). His dissertation work is mainly focused on the conceptual and historical roots of quantum gravity, with a special emphasis on J.A. Wheeler, his private notebooks and the “parallel” work on the nature of singularities made by Zeldovich and Novikov in the Soviet Union. More specific issues concern a critical analysis of non-empirical arguments in contemporary physics; the way analogies are treated in secondary literature and how this is intertwined with Wheeler’s visual style; how the latter, together with his notion of history, contributed to shape his Princeton school of general relativity and, thus, the way in which related problems were (and still are) faced; the path that, from general relativity and quantum mechanics, led Wheeler to his pioneering ideas about the foundational role of information and its philosophical repercussions.

Salim Hirèche‘s main philosophical interests are in metaphysics – in particular, in questions at the intersection of metaphysics and the philosophy of science (laws of nature, natural necessity, causation, dispositions, explanation). After completing his PhD at the University of Geneva, he obtained a Swiss National Science Foundation (SNF) postdoc mobility grant to work on the modality of causation and grounding at the Universities of Oxford and Glasgow. He joined the Symmetry Group in September 2019, as part of the SNF-funded project “To and Fro: Scientific Metaphysics at Physics’s Frontiers”, led by Christian Wüthrich; his current research mainly concerns the existence of natural entities and its modal status, and relies on insights from both metaphysics and physical theories.

Baptiste Le Bihan is a metaphysician and philosopher of science working at the University of Geneva as a scientific collaborator. After a postdoctoral  time in a joint project between the University of lllinois at Chicago and the University of Geneva (2016-2018) entitled ‘Space and Time After Quantum Gravity’, he joined in 2018 a project of the Swiss National Science Foundation entitled “To and Fro: Scientific Metaphysics at the Physics’ Frontiers”. At the end of this project, he will start an Ambizione fellowship that he has been awarded by the Swiss National Science Foundation to work on the metaphysics of quantum gravity (2019-2023). His main researches are on the ontology of the actual world (space, time, material objects, etc.), with a focus on the physics of quantum gravity. He also occasionally branch out in the philosophy of mind and comparative philosophy.

Maria Nørgaard is a PhD student at the University of Geneva and a part of Claudio Calosi’s project The Metaphysics of Quantum Objects. She has a BSc and MA in physics with a minor in philosophy from the University of Aarhus. Her main research interests lie within analytical metaphysics and ontology, as well as philosophy of physics. In particular, she wants to explore the use of process ontology and trope theory in the ontological study of quantum mechanics.

David Schroeren is a postdoctoral fellow in philosophy at the University of Geneva with principal research interests at the intersection of philosophy of physics and metaphysics. His current work develops a fairly general metaphysical framework for modern physics that underwrites the vision that symmetries of the world are fundamental, whereas the material constituents of the world (such as particles and fields) are ontologically derivative of them. 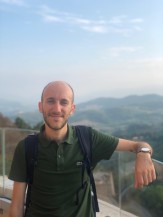 Tannaz Najafi is a master student of philosophy of the Università della Svizzera Italiana. Her main interests are in philosophy of science, physics and logic. She is in particular fascinated by issues about Quantum Mechanics, Probabilities and the concepts of space and time in the Ancient and Middle Ages.

Marta Pedroni obtained her BA in philosophy at the University of Milan and is now completing her MA in philosophy at the Università della Svizzera Italiana. Her main interests lie in Metaphysics and Philosophy of Physics, with a particular focus on the metaphysics of quantum mechanics and quantum gravity. She is currently writing her MA thesis under the supervision of Christian Wüthrich (University of Geneva).

Catalina Curceanu is Senior Researcher at Laboratori Nazionali di Frascati (LNF), INFN, Italy, where she is leading a group of researchers performing advanced experiments in quantum foundations and in nuclear physics. Catalina is the spokesperson of the VIP2 collaboration, which is testing the Pauli Exclusion Principle and quantum collapse models at the Gran Sasso underground laboratory, and of the SIDDHARTA-2 collaboration, measuring exotic kaonic atoms at the DAFNE Collider at LNF-INFN. She is author of more than 400 peer reviewed articles, coordinator of various European and International projects in nuclear and quantum physics, and won important awards and prizes, among which awards from the John Templeton Foundation and the Foundational Question Institutes (FQXi), and the Emmy Noether 2017 prize from the European Physical Society. 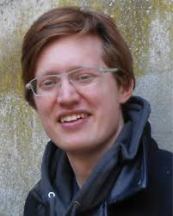 Niels Linnemann is a philosopher of physics at the University of Bremen. From September 2020 to February 2021, he is also a member of the New Directions in Philosophy of Cosmology Project research project at the Rotman Institute of Philosophy (London, Ontario). Within his PhD project at the University of Geneva — supervised by Christian Wüthrich — he inquired into the basic strategies and conceptual obstacles for formulating a theory of quantum gravity. Currently, he mainly works on theory construction and issues in the metaphysics of science. 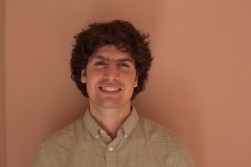 Manus Visser is a postdoc at the Department of Theoretical Physics in Geneva. He is a physicist and philosopher by training, and obtained a master’s degree in philosophy of physics at the University of Oxford. In 2019 he finished his PhD in theoretical physics at the University of Amsterdam under the supervision of Prof. Erik Verlinde. He is broadly interested in the physics and philosophy of both classical and quantum gravity. His research mainly focuses on horizon thermodynamics, the emergence of gravitational dynamics and holography.

Rasmus Jaksland  is a PhD fellow in philosophy at the Norwegian University of Science and Technology. He works on a project titled “The Prospects of Naturalized Metaphysics” where he investigate the role of physics in metaphysics, and attempt to assess to what degree metaphysics should be informed by and founded in physics. He is also engaged in research on foundational issues in high energy physics, particularly on the nature of spacetime in the light of the AdS/CFT correspondence and on the metaphysical implications holographic relation between entanglement and spacetime.

Karen Crowther – now associate professor in Philosophy at the University of Oslo – worked as a postdoc on the Swiss NSF-funded project “New Avenues Beyond Space and Time”, together with Niels Linnemann and Christian Wüthrich (PI). Before this, she was a postdoc at the University of Pittsburgh, and before that she received her PhD from the University of Sydney. Karen’s research has focused on inter-theory relations in physics—in particular, the nature of the relationships between quantum gravity and general relativity. Currently, Karen is interested in exploring the role of scientific principles in theory-change, and the principles of quantum gravity.

Radin Dardashti (former doctoral fellow of the Geneva Symmetry group) is a junior professor at the Bergische Universität Wuppertal. Radin studied physics in Aachen and Queen Mary University of London and philosophy of science at the London School of Economics. He obtained his Ph.D. from the Ludwig-Maximillians Universität München with a dissertation on novel scientific methodologies in modern fundamental physics. He works mainly in philosophy of science (scientific methodology, theory development and assessment) and philosophy of physics (role of symmetries, no-go theorems, analogue gravity). 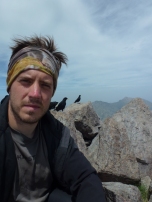 Juliusz Doboszewski (former doctoral fellow of the Geneva Symmetry group) currently is a postdoc in the Lichtenberg Group for History and Philosophy of Physics (University of Bonn) and an Affiliate at the Black Hole Initiative (Harvard University). Juliusz obtained his PhD from Jagiellonian University in Cracow; his research interests focus on spacetime singularities and global structure of spacetime.

A website dedicated to the philosophical foundations of quantum gravity

Where Philosophers of Physics Meet